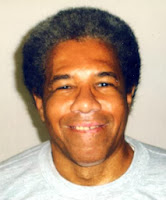 Reprinted below is a new statement released today by the Office of the United Nations High Commissioner for Human Rights, demanding Albert Woodfox’s immediate released from solitary confinement.
generic Retin-A US: “Four decades in solitary confinement can only be described as torture” – UN rights expert Order Disulfiram

“It is about time to provide the opportunity for an in situ order Proscar assessment of the conditions in US prisons and detention facilities,” Mr. Méndez reiterated.