feminism News from the Angola 3 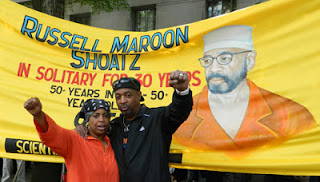 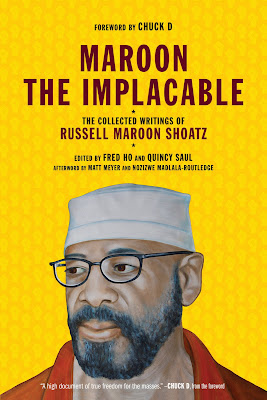 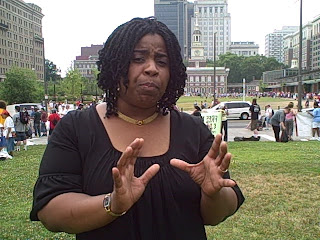 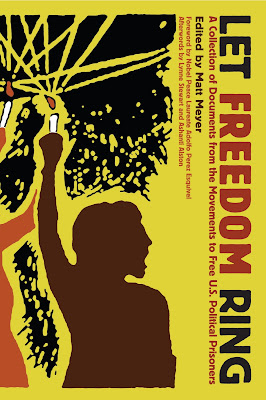 Matt Meyer:   For me, the position for peace activists working in the context of restorative justice is clear: there can be no reconciliation without release.
Nozizwe and I also say in our afterword that “we must face the truth about the uprisings of forty years ago.” As you know, Nozizwe herself was a chief negotiator in the process which ended legal apartheid in South Africa, and the two of us respect the work of Archbishop Desmond Tutu, whose commitment to truth and reconciliation has always been coupled with a commitment to ‘heal’ by working for people’s power and the rights of the most oppressed.
Here in the US, we must face the truth that the legacy of the 1960s and 1970s remain an open wound so long as key leaders such as Maroon are invisible to the majority of us, tortured in dungeons for decades upon decades.
Even one day of the type of treatment Maroon has faced would be wrong in any human rights framework that is not centered on simplistic revenge, hatred, and a cycle of murder and violence. The US criminal justice system, filled with the injustices of centuries passed–based as it is on land theft, slavery, and greed–cannot be understood as ‘democratic’ in any sense of that word so long as Maroon remains behind bars.
Aside from many questions which could be raised about the political context of the initial charges and court case against him, the length and nature of his sentence and the way it has been carried out signal grave injustices which make a mockery of any attempt to characterize US jurisprudence as fair or color-blind.
A3N:   What is the significance of Maroon’s identification of himself as a ‘prisoner of war’ (POW)? How is this different than simply identifying as a political prisoner?
MM:   The United Nations outlines the specific legal definition of the prisoner of war position, definitions which are generally accepted by most participating nation-states, including the US. This definition is rooted in history which goes back as far as 1660, when international military protocol accepted that anyone who is held in custody by an enemy power during or immediately after an armed conflict, whether combatant or non-combatant, should be classified as a POW. After World War Two, with the Geneva Convention of 1949 to which the US is a signatory, conditions were clearly outlined which require that POWs be treated humanely.
For those who lived through the tremendous upsurge of the Black liberation movement of the late 1960s, the position underscores a clear analysis of the relationship between “the Black nation” and the US empire. That relationship, simply put, is one AT WAR. Though the battles may appear to many as covert, and the military powers deeply imbalanced, the position of extreme conflict is nonetheless expressed. This includes the position taken by some people of African descent (i.e., “Black folk, New Afrikans, African-Americans, etc.) that the political status of US citizenship was never chosen by them, but rather, was imposed.
In any case, by using the international legal term ‘prisoner of war,’ the question of humane treatment and appropriate jurisdiction in a case of extreme conflict must be squarely faced. 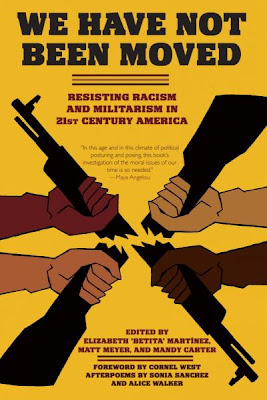 A3N:   You edited the book Let Freedom Ring: A Collection of Documents from the Movements to Free U.S. Political Prisoners and co-edited We Have Not Been Moved: Resisting Racism and Militarism in 21st Century America. In your opinion how do popular movements resisting US military aggression abroad relate to movements at home seeking the release of COINTELPRO-era political prisoners & opposing the rise of the police state and mass imprisonment since COINTELPRO’s official end in the 1970s?
MM:   We must connect the dots between the military-industrial-complex and the prison- industrial-complex. We must begin with the fact that, on the one hand, the military has for too many become the job of choice in an era of vast economic depression and crisis. On the other hand, the ever-increasing rates of incarceration–where now there are more men of African descent behind bars than there were enslaved in the years leading up to the Civil War–suggest that cheap labor is being replaced by forced free labor as authorized by the 13th Amendment, which abolished slavery, except for prisoners.
We must do more than understand that an empire in decline requires ever-cheaper means of producing whatever it can still produce and an ever-stretched military to police its dwindling holdings.
We must act, in ways faithful to the vision of Dr. Martin Luther King, Jr., who called for a “true revolution” in the American practices of racism, militarism, and materialism. We must be moved to go beyond the false dichotomies of race, and the false splits of tactical difference which seek to make Martin and Malcolm into irreconcilable opposites.
We must build coalitions and united fronts against empire, ones which understand that the many US political prisoners represent not only acts of repression from past generations but reminders to current and future movements that we must never stray beyond the confines of polite protest, OR ELSE.
Freeing all US political prisoners is both a just and basic human rights demand, but it is also a necessary step in building future movements which can act with militancy, creativity, soul, and a free spirit which we need to envision the ‘beloved communities’ which will build just and peaceful tomorrows.
A3N:   How does Maroon’s case fit into this? What is the broader political significance of Maroon’s imprisonment and his contributions to radical political movements since?
MM:   One should not be reading this interview for the answer to that question. Maroon’s broader political significance, and his contributions to current movements, is well revealed through a careful reading of the essential new essay collection Maroon the Implacable.
His writings on his own reflections on the Black Panthers, on the nature of sexism and matriarchy, on the environment and the need for eco-socialism, on the Occupy movement and how to build effective new movements, go far beyond the current discourse which we find in blogs and what passes for the left press. It is a challenging course in building for lasting social change. 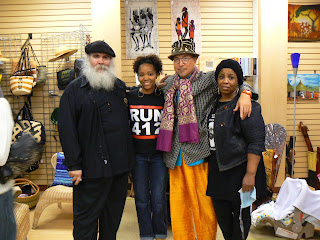