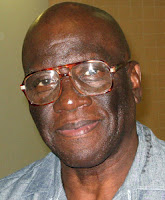 (RELATED: article by The Advocate: “Amnesty International wants Jindal to free one of the Angola 3”)

Today, in response to the tragic news that Herman Wallace is terminally ill with cancer, Amnesty International has launched a campaign calling for Louisiana Governor Bobby Jindal to immediately release Herman on humanitarian grounds.

Following his initial diagnosis on June 14, Herman continues to be held in isolation at Hunt Correctional Center’s prison infirmary. Reflecting on his confinement while battling cancer, Herman says: “My own body has now become a tool of torture against me.”

“After decades of cruel conditions and a conviction that continues to be challenged by the courts, he should be released immediately to his family so that he can be cared for humanely during his last months,” says Tessa Murphy, USA campaigner, about Herman Wallace.

Amnesty International has long criticized the legal process and lack of evidence that has resulted in both Herman and Albert Woodfox’s original murder convictions. In confronting Herman and Albert’s continued cruel confinement in solitary for over 40 years, Amnesty has declared it to be in violation of international human rights law, as well as the US Constitution itself.

In today’s statement, Amnesty declares that in the decades of Herman and Albert’s confinement, the “prison authorities have broken their own policies to justify their continued incarceration in harsh and inhumane conditions.” Amnesty also states that they are, “extremely concerned about the worsening conditions of confinement” for Albert in David Wade Correctional Center.

Creating public pressure for Herman is now more important than ever. We need Governor Jindal to get hundreds of thousands of emails demanding Herman’s immediate release, so please take action now and help us spread the word by posting on Facebook and forwarding it to your friends.

Subject: We Call For Humane Release!

As I write you, 71 year old Herman Wallace is being held in isolation in the infirmary in Hunt Correctional Center. After spending more than four decades held in cruel and unusual solitary confinement, he has been diagnosed with terminal liver cancer. The time to act is now. I ask you to release Herman to his family on humanitarian grounds, so that they can care for him during his last months on earth.

Both Herman Wallace and fellow ‘Angola 3’ prisoner Albert Woodfox have spent most of the past 41 years of their lives alone in a tiny cell for 23 hours a day. Such conditions are cruel, inhuman and degrading. Prior to Wallace’s cancer diagnosis, these conditions had already negatively impacted both men’s physical and psychological health. In fact, in 2007, a US federal judge ruled that the conditions constituted a deprivation of a basic human need and that prison officials should have been aware of the potential for serious harm to physical and mental health.

Contrary to requirements under both international human rights law and the US Constitution, Herman has had no meaningful review of his continued isolation. Herman’s prison records do not demonstrate that he is a threat to the security of the institution, himself or others. Furthermore, there are substantial concerns about the fairness of the legal process that resulted in Herman’s conviction; a conviction that is still being challenged before the courts today. Evidence suggests that the decision to keep him in solitary is based at least in part on his political activism and association with the Black Panther party.

Herman Wallace and Albert Woodfox are believed to have spent more time in solitary confinement than virtually any other US prisoner in recent history. Now, after surviving 41 years of a nightmare, Herman doesn’t have much time left. Please release Herman to his family today.

–Below is the full text of Amnesty International’s July 10, 2013 press release.

(NEW YORK) – Amnesty International appealed to Louisiana Governor Bobby Jindal today to immediately release from prison on humanitarian grounds. Herman Wallace, one of the ‘Angola 3,’ is terminally ill with cancer and has been imprisoned in solitary confinement for more than 40 years.

“Herman Wallace is 71 years old and has advanced liver cancer,” said Tessa Murphy, USA campaigner at Amnesty International. “After decades of cruel conditions and a conviction that continues to be challenged by the courts, he should be released immediately to his family so that he can be cared for humanely during his last months.”

Wallace was diagnosed with cancer after being taken to hospital on June 14. He had been on medication for some time for what was diagnosed as a stomach fungus and over the last months, has lost considerable weight. He is now being held in isolation in the infirmary at Hunt Correctional Center.

Wallace and fellow prisoner Albert Woodfox were first placed in isolation in 1972; since then they have been confined for 23 hours a day to cells measuring 6 by 9 feet.

Both men were convicted of the murder of a prison guard in 1973, yet no physical evidence links them to the crime – potentially exculpatory DNA evidence has been lost and the testimony of the main eyewitness has been discredited. Citing racial discrimination, misconduct by the prosecution, and inadequate defense, state and federal judges have overturned Woodfox’s conviction three times, while Wallace’s case is once again up for review before the federal courts.

The two men are believed to have spent longer in solitary confinement than virtually any other U.S. prisoner in recent history. During this time, prison authorities have broken their own policies to justify their continued incarceration in harsh and inhumane conditions. buy Phenergan online

Before Wallace’s cancer diagnosis, the harsh environment had already had an impact on both the man’s physical and psychological health as acknowledged by a federal judge in 2007. The severe toll of solitary confinement on inmates’ mental and physical health has been extensively documented in studies. In recognition of this damage, the U.N. Special Rapporteur on Torture, Juan Mendez, has called on states to prohibit the practice in excess of 15 days.

Amnesty International is also extremely concerned about the worsening conditions of confinement for Woodfox in David Wade Correctional Center. For approximately two months, Woodfox has been subjected to additional punitive measures – including strip searches each time he leaves or enters his cell, being escorted in ankle and wrist restraints, restricted phone access, and non-contact visits through a perforated metal screen. Temperatures in the prison cells are reportedly extremely high, regularly reaching up to 100 degrees Fahrenheit.

Amnesty International is a Nobel Peace Prize-winning grassroots activist organization with more than 3 million supporters, activists, and volunteers in more than 150 countries campaigning for human rights worldwide. The organization investigates and exposes abuses, educates and mobilizes the public, and works to protect people wherever justice, freedom, truth, and dignity are denied.