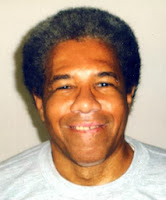 Over the holiday, we learned that 2014 will begin with the final courtroom chapter of Albert Woodfox’s current struggle to finalize Judge Brady’s 2013 ruling which overturned his conviction for a third time based on a finding of racial discrimination in the selection of the grand jury foreperson. purchase metoclopramide

On Tuesday morning, January 7th, 2014, a yet unnamed three judge panel of the 5th Circuit Court of Appeals in New Orleans will hear oral arguments from the State of Louisiana about why they believe Albert’s conviction should be reinstated.  Albert’s team will of course argue that Judge Brady’s ruling should stand.
purchase Baclofen 10 mg
The hearing is scheduled for Tuesday’s morning session beginning at 9am in the En Banc Courtroom (room 209 of the 5th Circuit at 600 Camp Street in New Orleans) and is open to the public.

The oral argument itself is a very short and formal process.  Each side will make a short 20 min presentation and then the judges will ask questions for no more than a few hours.

Although last time we waited more than 15 months, decisions are usually issued in less than half that time, and we are hopeful that Albert will know his fate sooner than later this time around.

For those of you who were with us in March of 2009 when Albert’s second overturned conviction appeal was heard, you may remember that the US Court of Appeals has very strict rules.  Here is a reminder of what to expect if you do plan on attending:

2. purchase Fluconazole   No buttons, T-shirts or signs of any kind are allowed inside the courthouse.