UPDATE: The Guardian reports that Louisiana is refusing to release Herman Wallace from prison despite today’s court order. However, Judge Jackson has now responded with a second order to immediately release him, explicitly saying that State authorities will be in contempt of court if they do not comply. At the end of the day, Herman was finally released!
–Amnesty International Demands: “Louisiana Must Release Dying Prisoner After Judge Overturns 1974 Conviction”

(Statement written by the International Coalition to Free the Angola 3)

Miraculous news this morning! Judge Brian A. Jackson, Chief Judge of the United States District Court for the Middle District of Louisiana, has overturned Herman’s conviction, granting him full habeas relief based on the systematic exclusion of women from the jury in violation of the 14th Amendment.
Even more astonishingly, the Judge clearly orders that “the State immediately release Mr. Wallace from custody.”  No application for bail is required, and the State is given 30 days to notify Herman if they plan to re-indict him.

We pray that Herman can still hear this all-important decision that he’s waited these four decades for.  Although the State will no doubt contest this decision, this is what Herman has been struggling for – and at the end of his life, he’s won!

Albert Woodfox and Robert King are meeting at the prison this morning to say their farewells and and will instead have this amazing news to share with Herman and maybe even be able to take him home. To everyone that’s pushed for this victory – thank you – it means the world to Herman.

–Today’s ruling comes on the heels of recent media coverage, including:  Democracy Now (reprinted by Havana Times), The Atlantic, and the SF Bay View.
Vermox without prescription order Baclofen online 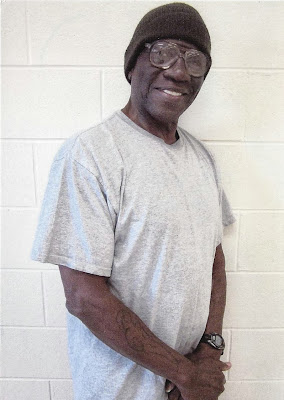