As we begin this month, we’ve learned the civil case jointly filed by Robert King, Herman Wallace, and Albert Woodfox has been frozen as the State once again appeals a federal decision not in their favor, and we all still anxiously word as to whether Albert’s conviction will be vacated once and for all.  On February 19th, Albert turns 67, and the 26th will mark one year since his conviction was overturned for a third time, but somehow, despite decades of struggle and mountains of evidence pointing to innocence, he still shivers in a solitary cell.

Rather than settling in and slowing down to wait out the new delays, we must instead follow Robert and Albert’s examples and use this down time to stand up!

After nearly a year of protests that ultimately brought him back into court on this issue he first took on in the 1970s, Albert succeeded on Friday in putting a stop to the invasive, dehumanizing routine strip searches he’s been forced to endure as often as 6 times a day since last Spring.  Meanwhile Robert has never been busier, touring around the world, gathering support for Albert and spreading the word far and wide about the many unjust consequences of a broken criminal justice system.

Judge Brady commented when reaching his decision to stop strip searching Albert day and night, that sometimes honoring fundamental Constitutional rights better serves the public interest than even well meaning security policies put in place to fight threats where none are likely to exist.  As supporters everywhere prepare to join together in quiet solidarity with Albert on February 15th to contemplate freedom for those wrongfully convicted and shut away in isolation, perhaps we should all take some time to reflect what it really means to “better serve the public interest”–and then, like the A3, waste no time transforming those reflections into action. 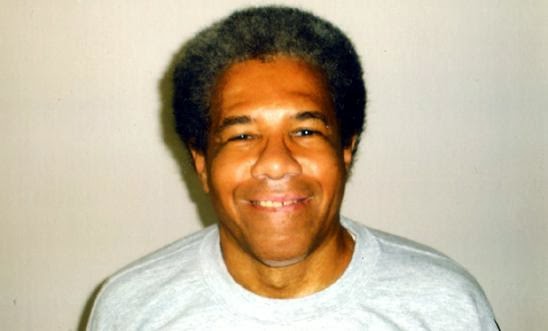 On the night of January 31, Judge Brady granted Albert’s plea for a preliminary injunction-putting an end, at least for now, to the invasive, dehumanizing strip and cavity searches that Albert has been subjected to every time he leaves or enters his solitary cell since May of last year.

As you may remember, it was a lawsuit that Albert himself filed and won in 1978 which put an end to the demeaning practice if inmates were moving within the institution while restrained and under observation, unless specifically suspected of carrying contraband.  Rather than petition the state courts to uphold this decree, Albert’s legal team sought relief by entering their complaint as another particularized example of the cruel and unusual treatment that has characterized his nearly 42 years in solitary.

A prolonged legal battle ensued over whether a federal judge has jurisdiction to enforce a state issued consent decree – a line of reasoning that Brady did not find persuasive:  “The Defendants have asserted a whole host of arguments, most of them completely lacking in merit, contending that this Court lacks supplemental jurisdiction to enforce the state court issued consent decree.”

In his ruling Friday, however, Judge Brady sidestepped the jurisdiction issue altogether by finding that routine searches were not shown to be “necessary” or “justified” for security as is required constitutionally of such policies, and therefore “Woodfox’s human dignity [as] protected by his Fourth Amendment rights” outweighs the “legitimate penological interest” in this circumstance.

“Considering the facts presented, the Court finds that conducting visual body cavity searches of Woodfox based solely on his entering or leaving a segregated area is unnecessary given his age, housing in complete isolation under constant supervision, and clean disciplinary record. Furthermore, the Court finds that the response to fighting contraband is unnecessary given the infrequent reported incidents of contraband and the Defendants’ own expert’s conclusion that the incidents of contraband are miniscule.”

Judge Brady’s ruling provides a rare and striking statement of the gravitas that should be given to Constitutional protections, even while in prison, and especially while in a prison environment as restrictive as solitary: “While embarrassment or inconvenience standing alone may not rise to the level of irreparable harm, continued deprivations of one’s constitutional rights unquestionably does.”

The Court has given both parties 7 days to craft a new plan that both satisfies the need for searches in instances where contraband can more realistically be introduced (when returning from contact visits, trips outside the prison, or when there is “specific and particular showing of reasonable suspicion” of wrongdoing), and passes Constitutional muster.

Although the State has no immediate legal avenues for appeal of this decision, which in theory bans such routine searches until the civil suit is settled, we do expect them to try their hardest to reverse it through every creative means available.  We will update everyone once the specifics have been worked out and at least some instances of this latest pernicious affront to his dignity have ended.

In less exciting news, Judge Brady has granted the State’s request to stay progress in the civil case until the 5th Circuit decides whether or not to uphold his ruling denying the officials at David Wade and Hunt Correctional Centers qualified immunity from prosecution for their role in continuing to subject Albert and Herman to extended solitary without meaningful review after being transferred from Angola to their prisons.

Last fall the Hunt and Wade defendants were officially added to the case, but they then quickly claimed immunity.  Judge Brady denied their claim, but they’ve appealed that decision to the 5th Circuit.  Albert’s team had hoped to proceed with discovery and trial prep while the 5th deliberates, but Judge Brady, while “sympathetic” to keeping the June 2014 trial date on track, ruled that the litigation must wait until the 5th makes their determination.

So here’s hoping for a swift, just decision from the 5th on this and Albert’s habeas!

Robert King Touring the US and Canada

(Below is a listing of upcoming events with Robert King. Click on the individual event’s date for more info.)

Feb. 21:  Fade to Back (Montreal, Canada), speaking at the screening of “Hard Time.”

March 10:  The Clemson Institute for Ethics Presidential Colloquium at Clemson University (Clemson, SC) speaking on “Vulnerability and Responsibility.” When available, more information about this event will be posted at www.angola3news.com.

March 29:  Robert King at Central Connecticut State University in New Britain, CT, “One Nation-Under Surveillance: A One-Day Conference about Building Networks of Solidarity in Defiance of NSA Spying & the Erosion of Democratic Rights.”

If the SHU Fits: February 15 National Prayer / Meditation Vigil, 5pm – Wherever You Are

Rev. Dr. Patricia Teel Bates, recently interviewed by Angola 3 News, is hosting a meditation/prayer vigil on February 15 at 5 pm, at 5221 hwy 79 in Homer, Louisiana for Albert Woodfox and the many other citizens affected by the Louisiana Department of Corrections’ excessive and inhumane use of solitary confinement. Rev. Bates extends the call for others in the US and around the world to join the spirit of the Homer vigil by taking a stance against the practice of solitary confinement where they live by having a meditation/prayer vigil in their own community, at 5pm on February 15. 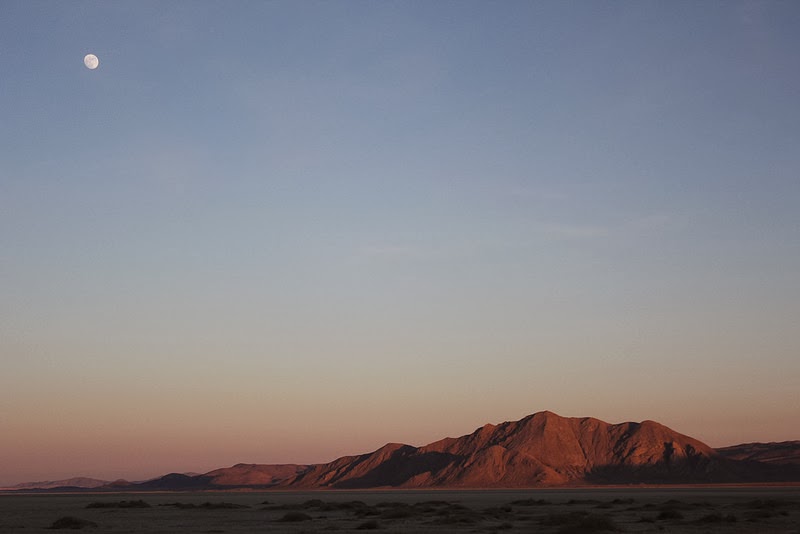 Louisiana leads the nation and the world in incarcerating its citizens per capita. Are we the worst of the worst? One of the State’s practices for “controlling” its so-called worst trouble makers is to confine them in solitary units. This practice of isolating offenders from other human beings has undergone study by other states including Mississippi, which has significantly reduced its use of solitary following the study. Other states such as New York are also questioning past practices relating to use of solitary.

As a member of the ecumenical faith community of Louisiana, I call on the Louisiana Department of Public Safety and Corrections to examine its use of solitary units as other states have done.  Look at the record: How many suicides are committed or narrowly averted in solitary, compared to general populations of offenders?  Considering that the vast majority of offenders will reenter our neighborhoods and homes, how helpful is solitary/isolation in preparing them to become productive citizens and family members?
brand Viagra delivery overnight
Look at the record of those in isolation for extended periods and consider the traumatic injury done to the offender and to society.  Louisiana has a program known as Victim-Offender Dialogue, which aids the victim in telling the offender the harm that has been done in order to promote healing for the victim and to help the offender make amends to the extent possible. How does the use of solitary contribute to the state’s VOD program?
order Clonidine
If we believe in the sacred worth of every human being, no matter the wrongs committed, how can we justify treating any human being inhumanely, as solitary does? When we do, our own humanity is diminished. Our system of justice is flawed.

“Injustice anywhere is a threat to justice everywhere.” –MLK Jr.

Albert’s Birthday Reminder:
Send Love, but not CDs or Stamps

As Albert’s 67th birthday approaches, on February 19, we want to remind supporters that he is not allowed to receive stamps or cds.  Cards and messages are always the best gift, but if you want to send more, the best way is to give some funds to his www.jpay.com account (#00072148) so he can buy stamps, cds or other personal items from the prison store.

Through jpay, he can receive emails, although any photos sent will be black and white. If you send an email, jpay will ask if you want to pay extra for him to have money to respond via email. However, Albert is unfortunately not allowed to send email, so do not choose this option. 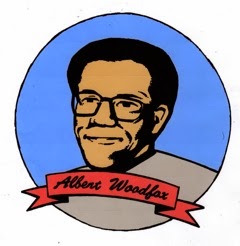