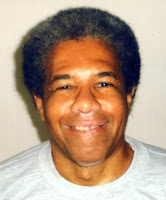 Although our hearts and minds are all preoccupied with Herman right now, in late August, the A3 civil case legal team filed a TRO to stop the now routine strip searches Albert has had to endure since March (view the legal filing here).

Judge Brady has set a set of evidentiary hearings on the issue for this on Tuesday, September 17th at 8:00am and 9:30am in Baton Rouge.

The cruel and rather perplexing irony of all this is that it was Albert who sued the State in 1978 and successfully put an end to this practice, and it is still that precedent that holds these searches as illegal, unconstitutional, and even against internal prison policy.
The law is very clear on this issue, so Albert and the attorneys tried for months unsuccessfully to resolve it without litigation.  Now let us hope the Court will step in and put a stop to this humiliating, dehumanizing reality of Albert’s already difficult life.

For anyone in the Baton Rouge area, it should be a fascinating argument and it is open to the public.

The fun begins in Judge Brady’s court on Tuesday, September 17th at 8am when the State attempts to argue that the whole thing should be transferred to State Court, a last minute Hail Mary they filed late last week that is unlikely to prevail.  Assuming the Judge does not agree and continues with the evidentiary hearing, stick around to see Albert testify in Courtroom 1 of the Federal Middle District Courthouse in Baton Rouge at 9:30am how to buy Plan B .